It Takes A Few Dead People 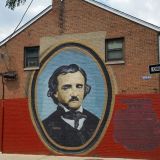 I’ve been in a writing rut lately. Other than the work I’ve been doing on this blog and at mybattlewithra.com, I’ve pretty much hit a writing dry spell. I haven’t written a creative piece in months. So even though I’ll be living off of Ramen and PB&J for the next […]

The Goldfinch by Donna Tartt: A Review 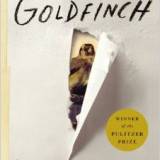 The reviews for Donna Tartt’s Pulitzer Prize winner The Goldfinch seem to go one of two ways. Readers are either absolutely in love or vehemently despise it. I personally have given it a four-star rating on Goodreads because I haven’t been this emotionally attached to a book in a long […]

I spent the better part of last semester pulling my hair out over grad school applications. I spent countless hours with my head bent over teeny scraps of paper, paper that had once been 8 pages of my writing sample but had been subjected to the old-school cut-and-paste method. I […]

I went to work Tuesday morning and made it about as far as the office door before I broke down sobbing. I think I was about as shocked as my coworkers were. My Dad has been dead for almost six years already, so why would his birthday set me off […]

During last semester, I was given an assignment in my Intro to Creative Writing class that involved writing a dramatic monologue. I scratched my head. A dramatic monologue? Isn’t that a theater thing? I admit that poetry is not my strong suit. Other than the angst-ridden poetry that I wrote […]